Talon for Twitter updated to 2.0 with floating compose button, new widgets, and more! 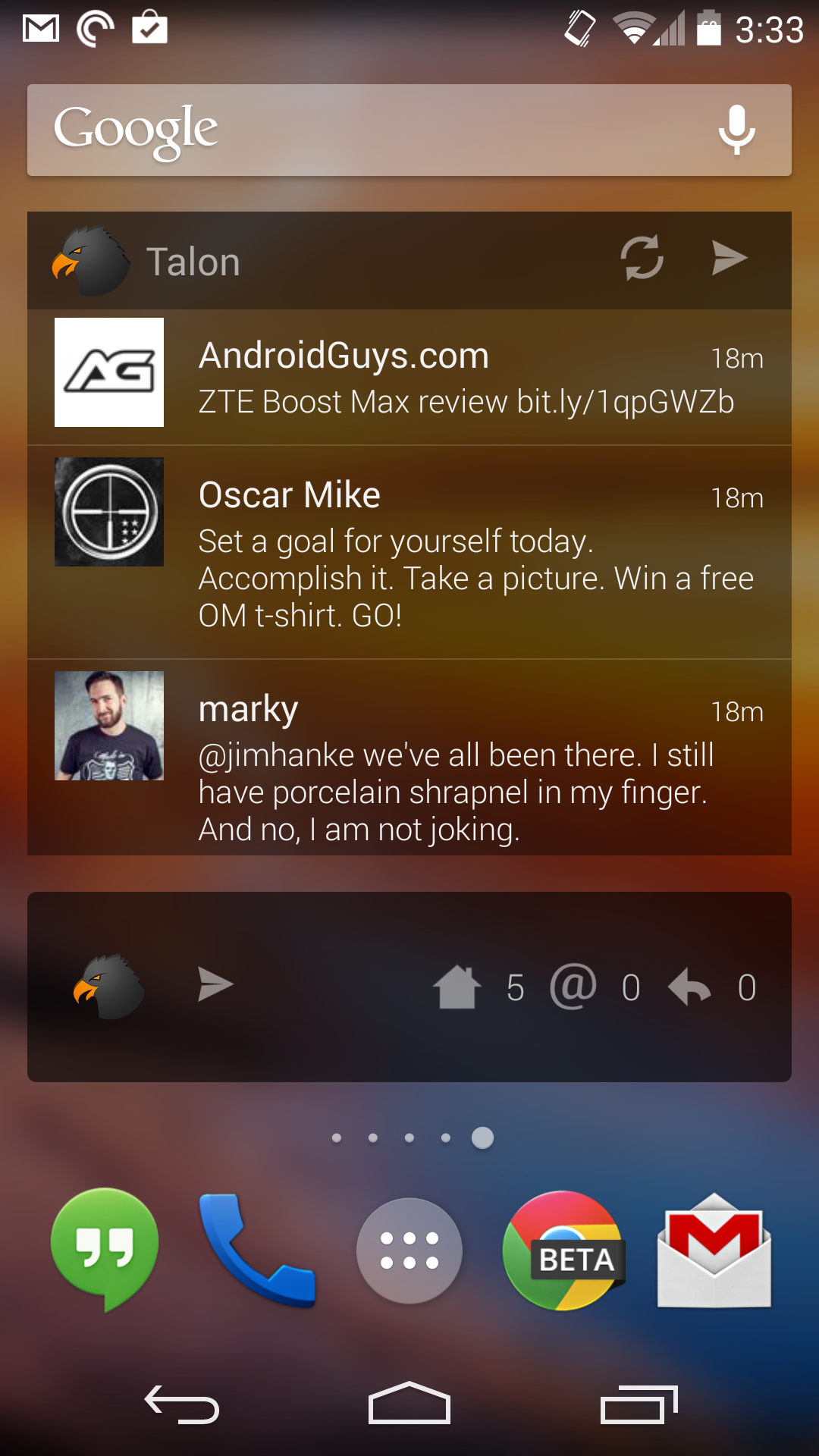 Not long ago, we wrote that Talon was taking a huge step in the right direction. From the theme customizations to the great use of Immersive Mode, Talon was a force to be reckoned with. It was. Soon after writing the piece, the bugs became too much to handle, causing us to switch Twitter apps.

All of the qualms we had with Talon are now solved in the update to version 2.0. Higher quality images, uploading pictures, and Talon Pull fixes, and new widgets, just to name a few.

Here’s a list of the featured changes in Google Play:

The list of new features and updates is way too long to post, so here’s the link to the full changelog.

The post Talon for Twitter updated to 2.0 with floating compose button, new widgets, and more! appeared first on AndroidGuys.